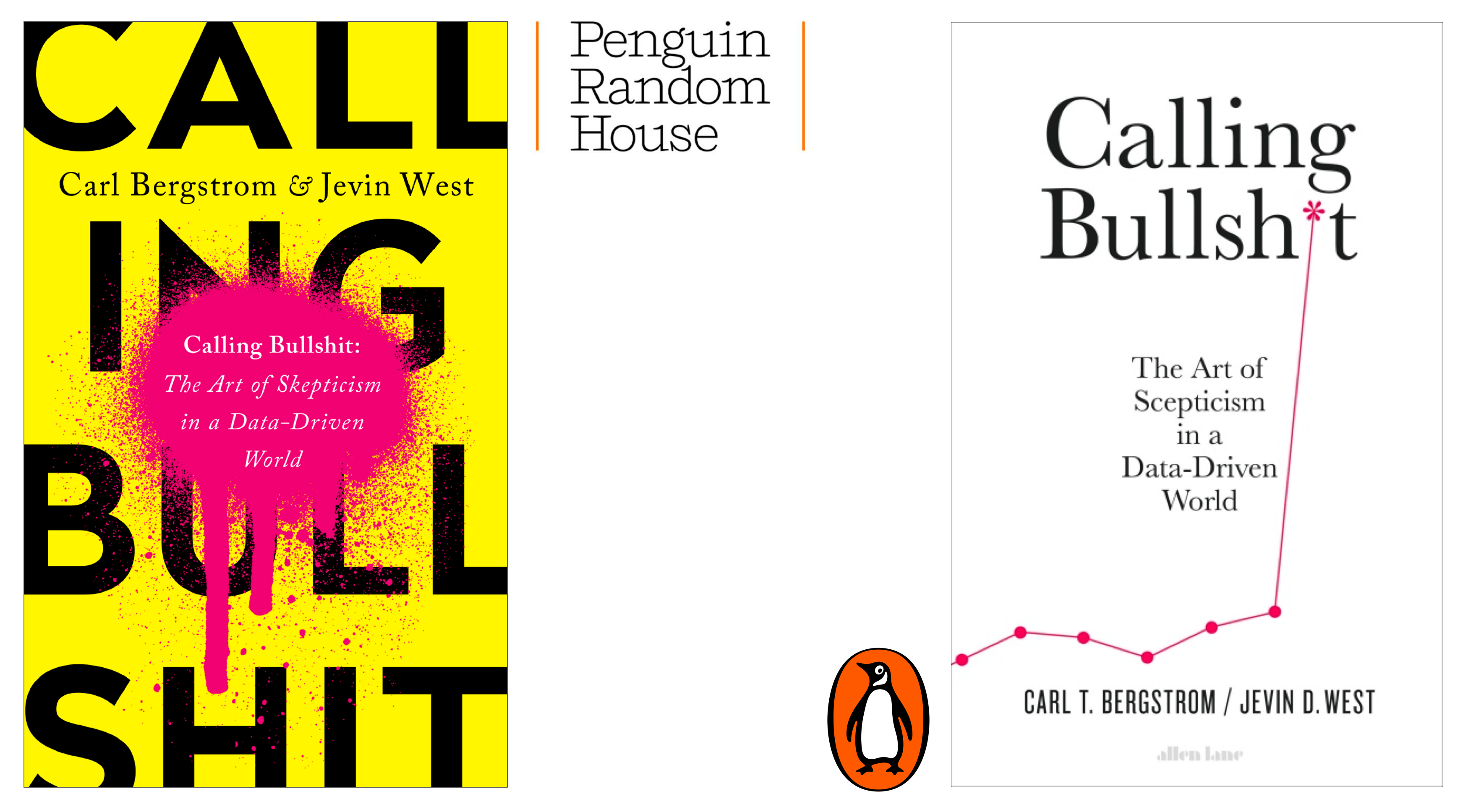 The world is awash in bull. Politicians are unconstrained by facts. Science is conducted by press release. Higher education rewards bull over analytic thought. Startup culture elevates bull to high art. Advertisers wink conspiratorially and invite us to join them in seeing through all the bull — and take advantage of our lowered guard to bombard us with bull of the second order. The majority of administrative activity, whether in private business or the public sphere, seems to be little more than a sophisticated exercise in the combinatorial reassembly of bull.

We're sick of it. It's time to do something, and as educators, one constructive thing we know how to do is to teach people. So, the aim of this course is to help students navigate the bull-rich modern environment by identifying bull, seeing through it, and combating it with effective analysis and argument.

What do we mean, exactly, by bull and calling bull? As a first approximation:

Bull involves language, statistical figures, data graphics, and other forms of presentation intended to persuade by impressing and overwhelming a reader or listener, with a blatant disregard for truth and logical coherence.

Calling bull is a performative utterance, a speech act in which one publicly repudiates something objectionable. The scope of targets is broader than bull alone. You can call bull on bull, but you can also call bull on lies, treachery, trickery, or injustice.

In this course we will teach you how to spot the former and effectively perform the latter.

While bull may reach its apogee in the political domain, this is not a course on political bull. Instead, we will focus on bull that comes clad in the trappings of scholarly discourse. Traditionally, such highbrow nonsense has come couched in big words and fancy rhetoric, but more and more we see it presented instead in the guise of big data and fancy algorithms — and these quantitative, statistical, and computational forms of bull are those that we will be addressing in the present course.

Of course an advertisement is trying to sell you something, but do you know whether the TED talk you watched last night is also bull — and if so, can you explain why? Can you see the problem with the latest New York Times or Washington Post article fawning over some startup's big data analytics? Can you tell when a clinical trial reported in the New England Journal or JAMA is trustworthy, and when it is just a veiled press release for some big pharma company?

Our aim in this course is to teach you how to think critically about the data and models that constitute evidence in the social and natural sciences.